An abusive call made by two prominent radio jockeys to a call centre in India has outraged listeners and prompted demands for the duo's resignation.

The live call, made during the Philadelphia-based morning show of RJs Star and Bucwild, ended with one of the RJ's repeatedly calling the female call centre employee a 'bitch' and a 'rat eater' and threatening to choke her.

Star, whose real name is Troi Torain, initiated the call under the pretext of inquiring into an order he had placed for a product known as 'Quick Beads', hair beads marketed primarily to girls outside the black community (Star and Bucwild are black). Midway through the call, Star became aggressive with the call centre representative, Steena.

Star: This call has been outsourced to India?

Star: Well, ma'am, what the eff would you know about an American white girl's - uh, uh - hair, and quick beads?

Steena: Just to inform you, ma'am, we're a national chain services company. And we're just taking calls on the opposite.

Steena: Now if you continue to speak this language, I will disconnect the call.

Star: Listen to me, you dirty rat eater. I'll come out there and choke the eff out of you (laughter).

Star: You're a filthy rat eater. I'm calling about my American six-year-old white girl. How dare you outsource my call? Get off the line, bitch (laughter, applause, end of call).

This is not the first time the RJ's have provoked listeners. In 2001, after the death of the R&B singer Aaliyah, their show attempted to make light of the tragedy by playing the sound effect of a plane crashing, along with the sound of a woman screaming.

That segment, according to some reports, drew as many as 80,000 signatures to a petition and led to the duo being fired from their station at the time, New York's Hot 97 FM. Their latest segment has inspired a number of bloggers and online activists to rally against Star and Bucwild, initiating a letter-writing campaign to the station, WUSL-FM (Power 99), as well as to its corporate parent, Clear Channel, and the Federal Communications Commission, which monitors the broadcast media.

In a form letter sent to some protesters, the station's general manager, Richard Lewis, said the station did not condone the use of offensive language.

'This situation has been discussed with the people in question and I am confident nothing of this nature will happen again,' wrote Lewis. 'I sincerely regret any discomfort this may have caused you or any friends and family.'

However, Lewis hasn't agreed to either of the demands protesters were looking for: a public apology from the shock jocks or even their suspension.

'Again I apologise to you personally for this and I understand your point of view,' he wrote, in closing. 'I do appreciate your taking the time to let me know your thoughts.' 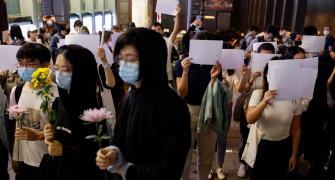 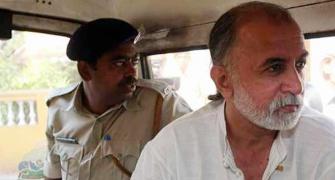