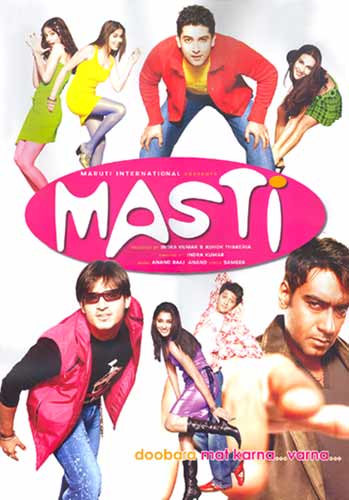 He made four hits -- Dil, Beta, Raja and Ishq -- one after the other. The came the duds, Mann, Aashiq and Rishtey.

Now, director Indra Kumar is back with a comedy aptly titled Masti.

Masti is about  friends: Meet, Amar and Prem (Oberoi, Shivdasani and Deshmukh) who are bored of their respective wives and want that extra 'something' to spice up their lives.

Masti is scheduled for an April 9 release.