Time for another revolution?

Does one-day cricket serve any purpose?

On July 12, England won the NatWest Trophy. The hosts cantered home in 20.2 overs, with seven wickets to spare, after South Africa were dismissed for 107 in 32.1 overs.

A sign of the times. Another one-sided final; another boring match!

Close games and interesting match-ups have slowly but surely vanished.

Is this the entertainment the cricket diehard seeks?

At present, the gap between Australia and the rest of the cricketing nations is immeasurable, even as Bangladesh continues to languish at the bottom.

Which begs the question: What purpose is served by teams battling it out all year round? 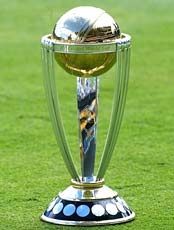 The World Cup, for which nations qualify automatically, happens once in four years. Besides that, there is no big prize to play for.

In England, the recently-introduced 20Twenty Cup proved to be a huge success. While the four-day and one-day County championship matches fail to draw crowds, the 20Twenty opened and closed to packed houses. Simply because the sides were evenly matched and the cricket played was exhilarating.

The Board of Control for Cricket in India is now set to hold the Corporate Cup, next summer. Between four to six teams will play a series of day-night one-day games, with each team being allowed to field four overseas players. Sounds interesting! It means 24 foreign professionals could be seen in action in the competition with different club sides.

Could the Corporate Cup be the path-breaker for a world club championship, on the lines of the football European Champions League?

A club competition among teams from the Test-playing nations will no doubt prove highly successful. In fact, it could change the face of cricket as we know it.

Many talented players from the top Test nations fail to get into their national teams because the level of competition is very high. But turning out for a Bangladesh or Zimbabwe club could surely help improve the quality of cricket in those countries.

Indeed, cricket needs to take a leaf out of football's book.

Bangladesh, struggling to come to terms with top-flight cricket, could surely gain from the experience of overseas professionals in some of their clubs.

Imagine a scenario like this: Mumbai Tigers versus Sydney Kangaroos. The Tigers, with a wealth of home-grown talent -- from Sachin Tendulkar to Avishkar Salvi -- and two overseas players in Glenn McGrath and Brett Lee, while the Kangaroos with players of the calibre of Adam Gilchrist, Ricky Ponting, Shoaib Akhtar and Anil Kumble.

The Australian batsmen facing their own bowlers and Tendulkar batting against Kumble in India!

There is no doubt that the matches will be exciting because the sides will be evenly matched and the players will have the experience of playing in different conditions.

Come the ICC Champions Trophy and the World Cup, the same players who have gathered a wealth of experience playing for their respective clubs will then turn out for their respective nations. Knowledge will be shared, the quality of the game will improve and so will the popularity.

But will we ever see the International Cricket Council give their blessings to such a tournament? They are the same people who ridiculed Kerry Packer's World Series, calling it Packer's Circus. But then that same circus started a mini-revolution to make one-day cricket what it is today.

Time for another revolution?