By Ramananda Sengupta
November 29, 2006 12:56 IST
A senior Indian intelligence official has expressed concern over what he described as the "dramatic increase" in Chinese attempts to woo Indian politicians and business leaders with gifts, some of them "phenomenally lavish."

Reacting to a story in Businessworld magazine, which refers to Chinese attempts to buy influence in India, the Indian official, who spoke on condition of anonymity, said while this is nothing new, what is of concern is the sudden and dramatic increase in the number of "influential Indians" being tapped by the Chinese.

The recipients of these gifts "spanned the political spectrum", the official said, expressing his "serious worry over this alarming trend, which has increased in leaps and bounds over the past three or four years."

Indian intelligence agencies, however, could do nothing much beyond "keeping an eye on the recipients" and bringing this to the attention of the Prime Minister's Office and the National Security Council, since there were "major political implications," the official said.

Admitting that this had been going on for "quite some time", the official said of late, there has been a dramatic surge in such incidents. Politicians in India's northeastern states and West Bengal are among the recipients of Chinese largesse, he said.

While most of the gifts involve large sums of money and other incentives, leaders are also invited to China, ostensibly on lecture and "get acquainted" tours, and "treated like royalty there," the official said.

The money involved is so large, the intelligence official charged, that it would "certainly influence the political scenario not just at the provincial level in some states close to the Chinese border, but even during the next Indian general election."

Most of these attempts are made by "so-called" private concerns in China, though all of them are actually Chinese government funded, and the main objective so far seemed to be to acquire "lucrative telecom and infrastructure contracts, among other things" in India, he said.

Indian leaders known to be sympathetic to the Tibetan cause are also being targeted, he claimed.

"The point is, you cannot blame the Chinese," he said. "They are doing whatever it takes to buy influence in India, mostly for economic, but also for political and strategic reasons," he said.

According to the official, who has been studying China for over two decades now, this influence had already led to strange spinoffs, including the government's reticence "to support serious studies" on the border dispute with China.

"While there are several Chinese think tanks which are studying the issue for a long time, in India, there is not one Indian scholar that I know of who is engaged in similar studies," he said, "simply because the government discourages such efforts and is reluctant to fund them."

Another Indian specialist on China, however, played down the extent of Chinese influence, saying while it is true that the Chinese have no qualms about buying influence, "if the Chinese have actually penetrated our political establishment in such a massive way, Hu Jintao would have addressed a Joint Session of Parliament during his visit. He did not."

A Chinese business leader, who accompanied Hu during his visit to India, put it differently.

"India and China are friends. We are also business partners. Sometimes it is necessary to express our admiration and respect for our friends through gifts. They are not aimed at 'peddling influence,' as you describe it. Besides, even your businessmen bring gifts for Chinese officials. Should we start looking at them as bribes, or attempts to influence Chinese interests?" asked the man, who identified himself only as Zhao. 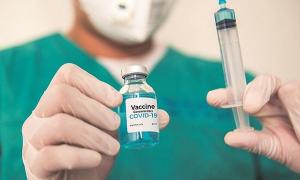 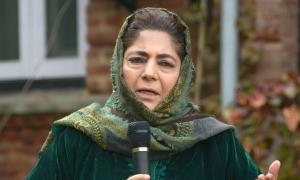 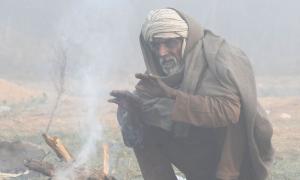 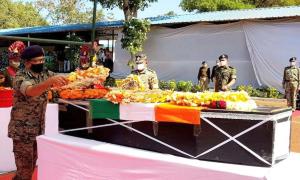 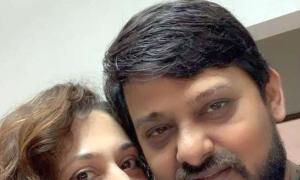 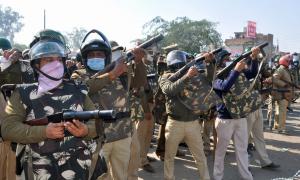