A TADA court Saturday sentenced 15 persons to life imprisonment for carrying out a series of bomb blasts in trains across the country in 1993, on the eve of the first anniversary of the Babri Masjid demolition.

Judge V K Mathur convicted the accused under various sections of TADA, IPC, Explosive Substances Act, Arms Act and Railways Act for planting bombs in five trains, one of which failed to go off.

Two persons were killed and 22 others injured in the blasts on the intervening night of December 5 and 6, 1993.

One of the accused, Irfan, who had been declared an absconder after he jumped parole bail during the trial, is still at large.

The blasts occurred on trains at Hyderabad, Indergarh in Rajasthan, Surat, Lucknow and Gulbarga.

Initially, the cases were registered at the respective government railway police stations. Later, the investigations were transferred to the Central Bureau of Investigation. 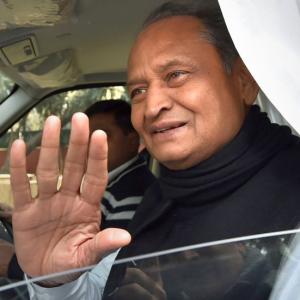