The day art went up in smoke

When I read George Orwell's seminal 1984 and the concept of thoughtcrime -- musings for which the State can throw you in prison -- I shuddered. When I heard from a senior colleague how she had been often rapped on the head in 'liberated' Afghanistan for not keeping it covered, I shuddered.

Dresscrime, I said to myself, what next?

The Indian government has answered -- sightcrime. Watching an onscreen character smoke is injurious for you, it has decided.

There can be no defence for smoking, many are chorusing. It pollutes young minds, leads them astray.

Sure, it is harmful. The State can warn you, it can persuade you.

But does it have the right to decide everything for you?

Can it order you in every aspect of life?

Can it order coffee to be blurred on screen next? If the beverage had been discovered now, it would have been banned as a drug.

Soon, it will want you to only see movies where all characters do yoga in the morning and change their diet daily to suit the latest health study.

Last I heard, this was a free country. But then, in the Land of the Free where Liberty is a statue, the State is trying to get into bedrooms, and the man who thought the Taliban were a rock band till he decided to smoke 'em out has ordered you be fingerprinted when you enter his country.

Social scientists much wiser, much less vice-ridden than ignorant, smoking me have argued the State is a necessary evil.

Who decides when the necessary morphs into evil?

There are bad things and there are good things. But they are not watertight compartments. If there is no black, there can be no shades.

Life makes you take wrong turns. When you realise they were wrong turns, you are wisened by the experience.

Life is black, white and grey. Art is a portrayal of that.

Cinema is an art. It captures life's contradictions.

If there are no contradictions, there is no progress.

If everyone thought alike and felt alike, there would be no art.

It's like an old man and a young, restless gun. The old man wants to advise the young man about what is wrong. When guidance turns to oppression, there is rebellion.

Imagine watching a great, true-to-life biopic of Winston Churchill, Bob Marley, Albert Camus, Jean Paul Sartre, Fidel Castro, Che Guevara or Shah Rukh Khan, to name just a few. The screen will be a blur, thanks to the ban.

Imagine watching Satyajit Ray's Feluda or Arthur Conan Doyle's Sherlock Holmes on screen, a blur when they light their favourite Charminar and pipe.

The real them is bad for you, the government is saying. Sure, it has the right to. But can it ban you from seeing the real them? That is the question.

Yes, righteous mobs have always sought to stifle artists, to dictate what they can and cannot portray.

Hitler wanted to breed a 'perfect' population. His vision of perfect. Artists, scientists, thinkers who opposed were to be hunted down. Aren't our governments doing the same?

Aren't they trying to breed a population that only thinks in a certain way?

Aren't they hunting down messengers?

Aren't they deciding what is entertainment by shutting dance bars they themselves have made millions from?

They think looking at dirt breeds dirtiness. They don't want to clean up. They want you to put on blinkers.

What is at stake for you, the non-smoker? Every little thing you hold as your own. The onscreen cigarette ban is just a smoke screen. It is the monster's slip, which is showing. If you don't slay the monster now, because it is eating up what you think is harmful, it will grow and feed on what you hold dear.

The monster is the growing interference of the State in your life.

It is hunting the easiest target now -- art.

I like my smoke. I inhale lung-fulls of it. I pay more for it with every Budget. I pay my taxes, which never flow back to better my life. I cower in a corner of a train, dying for the nicotine my body demands while my nonsmoking co-passengers lech and argue whether a woman who is dressed in a certain way nurses a desire to be raped.

My heroes are flawed. I think art should not be fettered. I think there is no good war.

I am the target of governments, health conscious organisations, concerned public et al.

I am more dangerous than the non-smoking, non-drinking rioter, terrorist or soldier who butchers people because they choose different faiths, beliefs, lives. 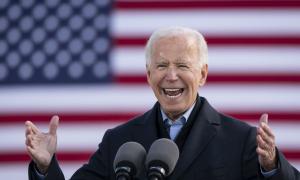 Will the election gods smile on Joe Biden? 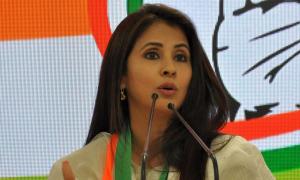